In honor of her triumphant breakthrough into publication I want to introduce my good friend Debbie Burke, who agreed to write this post for my blog. I met Debbie in the late 90s when I moved to Kalispell, Montana, and joined the local writers group. Debbie was a member of my first critique group and a wonderful mentor to me in my endeavor to hone my writing skills so I could become a published author myself. Her input into the first book of my upcoming Golden Threads series was invaluable, and she was a fantastic beta reader for Book Three of the series. I was thrilled to learn of her success in having her new thriller, Instrument of the Devil, chosen for publication after she won the Kindle Scout contest.

The above photo shows a sweeping view of the Mission Mountain Range of the Rockies. In Debbie’s new book, set in these beauties surrounding Kalispell, a terrorist frames a Montana widow in his plot to bring down the electrical grid by cyberattack on the Hungry Horse Dam. When I read it I was struck by the juxtaposition of the glory and the horror.

For the post Debbie writes about mentors. As a recipient of her mentoring, although I wasn’t a young mentee, I appreciate the sentiments. Thank you, Debbie.

Stirling Silliphant was a renowned writer in Hollywood for decades. His screenplay of the 1967 movie In the Heat of the Night won an Oscar. His credits included countless TV scripts and feature films. In addition to prolific writing, he served as a generous mentor to a young Army officer named Dennis Foley.

Dennis started in Hollywood as a military advisor and slid sideways into screenwriting when a director needed an emergency rewrite by the next morning. Dennis delivered and was tasked to redo scripts even though he knew next to nothing about the craft. Stirling took Dennis under his wing and, during many late night phone conversations, talked him through problems and taught him fundamentals.

One day Dennis asked, “Stirling, you’ve helped me so much, how can I ever repay you?” 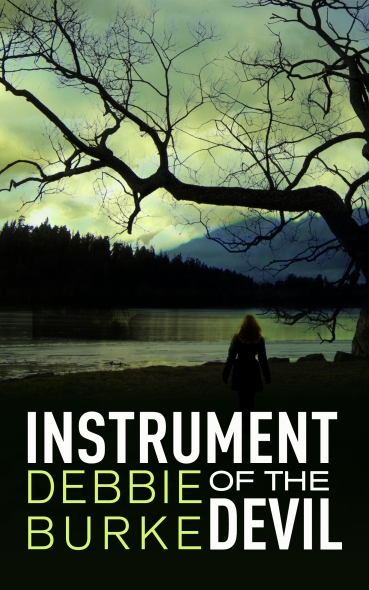 For more than twenty years, Dennis has passed it on in a big way by mentoring me and hundreds of other students. If not for his wise counsel and broad experience, many of us would not have been published. [Debbie’s book cover at left.]

Sharing knowledge without expectation of payback is what mentorship is about.

My earliest mentor was my third grade teacher, Miss Parker. She recognized my hunger to write and encouraged it, while giving concrete suggestions how to improve. Years later, I invited her to my wedding…and she came!

Sadly, I lost track of her…until recently, when I looked her up on the internet, found a phone number, and called. “Are you by any chance the Miss Parker who taught at Benjamin Franklin Elementary School in the 1950s?”

“Yes, I am she,” she answered, ever precise with her grammar.

She’s 87 and still sounded sharp, retired after 50 years of teaching school at all levels. We laughed about how the “bad boys” were always assigned to her classes. Although she wasn’t much taller than her third graders, she was ferociously athletic. The troublemakers knew she could drop kick them across the playground and they respected her for it.

After retirement, she taught five more years in the jail system. She affectionately called those students “my jailbirds.” I have no doubt they respected her as much as the “bad boys” had in third grade.

During our conversation, when I referred to children as “kids,” she gently corrected me, admonishing “kids are baby goats.” Still editing me all these decades later, but still with kindness. She congratulated me on the publication of my novel and I’m sending her a copy.

Many other mentors have offered their hands to lift me up. I feel a moral obligation to offer the same to those coming after me. But it’s no hardship. 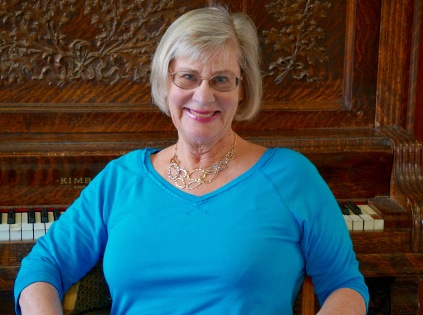 When I help young writers, I always receive more than I give. [Debbie and piano at right.]

They keep me hopping barely one step ahead of them. How to explain active verbs? Pacing? Point of view? If you really want to learn something, teach it to another person.  The more I have to explain an amorphous concept to a new writer, the more deeply I come to understand it myself. When I analyze what is wrong in someone else’s work, I recognize and can fix problems in my own.

My group, the Authors of the Flathead, sponsors an annual writing contest for high school students. One year, a particular story exploded from the pile of anonymous submissions we were reviewing. All the judges were blown away by compelling narrative, vivid characters, and sophisticated themes. We invited the winner, sixteen-year-old Sarah, to read her story at our regular meeting.

That evening, she asked me if I would mentor her in writing. Of course! Who wouldn’t want to work with a bright, energetic, dynamic young woman? Through high school and college, Sarah often sent me essays, articles, and fellowship applications to critique and edit.

Harvard ultimately accepted her and she earned her PhD in astrophysics (totally without my assistance!). By that time, I only understood a few words in her writing—the, and, because.

Two years ago, she defended her dissertation and I flew to Boston to attend. As she stood before a packed audience at the Forbes Lecture Theater, my heart swelled with pride and I used up a whole package of tissues.

Recently Dr. Sarah Rugheimer posted a video lecture on Facebook delivered by a young scientist she’s now mentoring. Her pride in her mentee’s accomplishment glowed all over the post. I messaged her: “Now you understand.”

In Stirling Silliphant’s unforgettable words: “Pass it on. If you don’t, you’re an a**hole.” 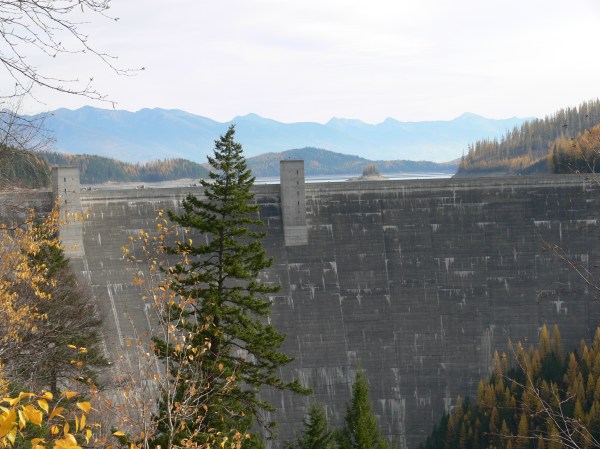